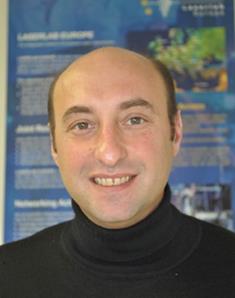 Prof. Thierry Djenizian is the Head of the Flexible Electronics department at the Ecole Nationale Supérieure des Mines de Saint-Etienne (Campus Georges Charpak). In 2002, he received his PhD degree in Materials Chemistry for microelectronics from the Swiss Federal Institute of Technology in Lausanne and the Friedrich Alexander University of Erlangen-Nuremberg. His research activities are mainly focused on the nanostructuring of materials by electrochemical techniques for applications in energy storage and conversion at the micrometer scale. He is the author of over 80 publications in international journals, 20 proceedings, and 5 book chapters (H-index 23). He is one Conference Chair of Porous Semiconductors Science and Technology international conferences.

Pr. Xavier BODDAERT (M) is professor in the Provence Microelectronics Center CMP). He received the M.S. degree in Solid State Physics and the Ph.D.degree in Materials Science from the University of Lille (France) in 1985 and 1989, respectively. From 1990 to 2001, within the IBM Microelectronics Division, Corbeil Essonnes (France), he was responsible of the yield learning of a bipolar memory product, then developed processes in the area of dielectric deposition and finally took the management of the Analytical Laboratory. From 2001 to 2003, he was with Alcatel Optronics, Nozay (France), responsible for the reliability improvement of III-V lasers and detectors.

In September 2003, he joined the “Ecole Nationale Supérieure des Mines de Saint-Etienne” as a professor in the Flexible Electronics Laboratory (FEL). His research activity is focused on the development of flexible printed devices: sensors and TFTs. He has authored over 30 papers published in journals and conference proceedings in the area of electrical characterization of defects in semiconductors, material characterization, reliability and printed electronics.

Sébastien Sanaur is an Associate Professor at the Centre Microélectronique de Provence of the Ecole Nationale Supérieure des Mines de Saint-Étienne. He received his MSc degree in Condensed Matter : Chemistry and Organization from Pierre et Marie Curie University (UPMC), France in 2000, and his PhD in Chemistry and Physics of Polymers from the same University in 2003. His project was funded by the Office National des Etudes et des Recherches Aérospatiales (ONERA) in Palaiseau, France. Subsequently, he then completed a post-doctoral research stay at Columbia University (NY, USA), at the Nanoscience Center and the Department of Chemistry, focusing on the realization of printed organic transistors. He joined the Centre Microélectronique de Provence in 2005. His research interests include the physics and engineering of transistors and lasers based on pi-conjugated polymers and small molecules for printed electronics, bioelectronics and medical applications.

Joining the group in 2015, he initiated activities on stretchable electronics in the department. He investigates the potential of multi-stack sensors for artificial skin and supervises the integration of multiple photonic sensors for artificial retina and related applications. He is an engineer from the Institut National des Sciences Appliquées (INSA) of Rennes. In 2010, he received a PhD in the Centre Suisse d’Electronique et de Microtechnique (CSEM) in Zürich under the supervision of professor Peter Seitz (Professor at UniNE and Adjunct Professor at EPFL). Then he joined Zhenan Bao group in Stanford for two years postdoctoral. From 2012 to 2014, he was postdoctoral in the Bioelectronic department at CMP under the supervision of Professor Róisín Owens.

In 2013, he obtained a PhD degree in material science for his work on metal/silicon alloys used as ohmic interconnections in microelectronics. He then joined the Flexible Electronics Department (FEL) at the Microelectronics Centre of Provence (CMP) from the Ecole des Mines de Saint Etienne (EMSE). As a post-doctoral researcher, he worked on the heterogeneous interconnection of ultra-thin silicon chips onto flexible polymer substrates and on the development of stretchable planar interconnections. Since February 2016, he has been an assistant professor in the FEL and is investigating the development and mechanical reliability of flexible, lightweight, heterogeneous electronics for their integration into wearables. 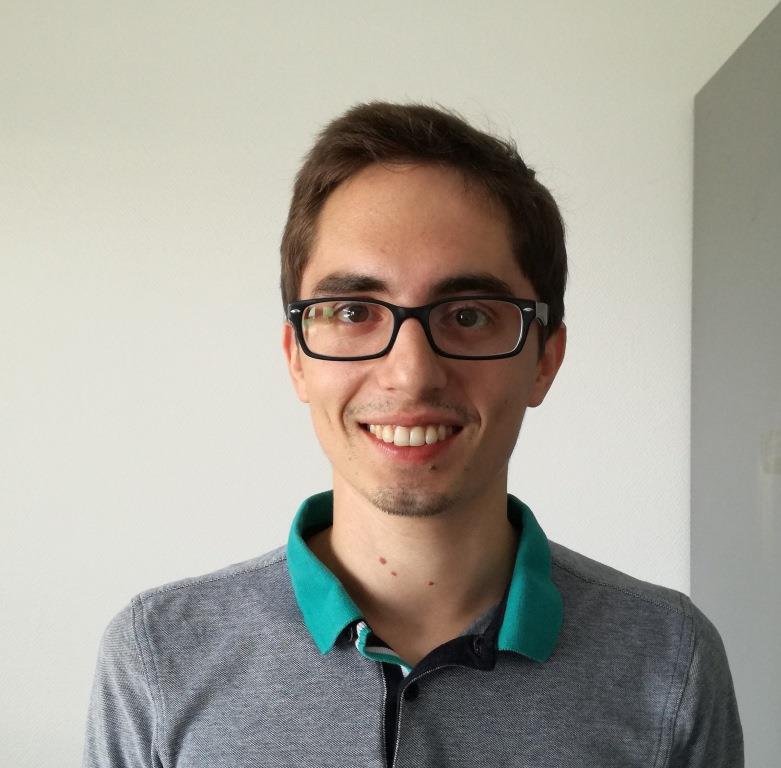 Bastien Marchiori is a Ph.D. Student in the Flexible Electronics Department (FEL) at the Center of Microelectronics in Provence of the Ecole Nationale Supérieure des Mines de Saint-Etienne. He was awarded an engineering diploma from Ecole Nationale Supérieure de Chimie, Biologie et Physique (ENSCBP) in Bordeaux in the field of physics and chemistry with a specialization in nano and microtechnologies. During his studies, he was able to carry out an internship at the Nanotechnology and Integrated Bioengineering Centre (NIBEC) in Belfast working on the optimization of ECG electrodes. He completed a second one in the Department of Bioelectronics (BEL), developing a wound-healing assay for cells from an organic electrochemical transistor. His current work is focused on the development of stretchable electronics in order to design organic biosensors. 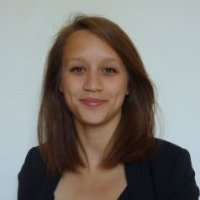 Séverine DE MULATIER started her Ph.D. in the Department of Flexible Electronics in 2016. She received her engineering diploma from Ecole Nationale Supérieure d’Ingénieurs de Caen (ENSICAEN) in Material Science with a specialization in Materials, Nanoscience and Energy, with a parallel Master 2 oriented towards Research. She completed her Master Thesis in Ecole Polytechnique Fédérale de Lausanne (EPFL) working on the design, microfabrication, and characterization of liquid-solid metal alloy thin films for stretchable sensors in robotic skin. Her current work is focused on the integration of flexible electronics in textile for presymptomatic detection of cardiovascular diseases, in collaboration with the start-up @-HEALTH based in Aix-en-Provence. 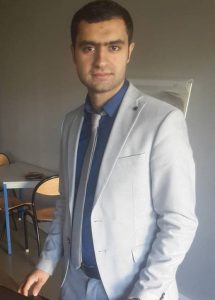 Omar Kassem is a PhD student in the Department of Flexible Electronics (FEL) at the Centre Microélectronique de Provence of the Ecole Nationale Supérieure des Mines de Saint-Étienne. He received his Bachelor in general chemistry from Lebanese University, he continued with Master’s Degree in nanochemistry from University of Paris Diderot in 2012. He then received an engineering diploma in Materials Science and Nanotechnology from EIDD engineering school in 2015. Currently, the scope of his PhD is focused on the development of new inks based on tin nanoparticles to be printed by inkjet on flexible substrate.

Aravind RAVICHANDRAN is a PhD student in the Department of Flexible electronics (FEL) at the Centre Microélectronique de Provence of the Ecole Nationale Supérieure des Mines de Saint-Étienne. He received his electronic engineering diploma from Anna University. He obtained his masters from ESIEE Paris in 2015 focusing on MEMS and micro-nano technologies. He then started to work as a research engineer in Thales/CINTRA, Singapore until 2016, where he was working on gas sensors based on acoustic and electromagnetic transductions. In November 2016, he joined FEL in the AMPEERS2 project with GEMALTO to work on wearables based on triboelectric nanogenerators. His research interests include energy harvesters, microfabrication technologies and self-powered sensors. Outside of the lab, he enjoys playing badminton, solo-backpacking, playing tennis, swimming, etc. 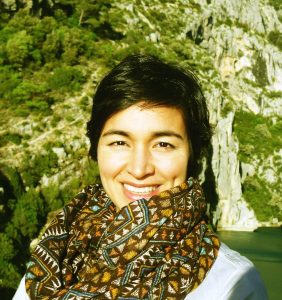 Yanid ARANGO is a PhD Student in the Department of Flexible Electronics (FEL) at the Center Microélectronique de Provence of the Ecole Nationale Supérieure des Mines de Saint-Etienne. She obtained her Physical Engineering degree at the Universidad Nacional de Colombia (Medellín) in 2013, working with ceramic materials and electronical instrumentation. In 2013 she moved to Toulouse to start her Master of Science in materials at the Université Paul Sabatier. During her Master’s studies she focused and specialized in the elaboration, characterization and surface treatment of materials. Yanid joined FEL in 2017, where her research focuses on the development of organic ferroelectric capacitors printed on CMOS wafers. Her work is carried out in collaboration with the Society IrLynx in Grenoble, France.

Simon Regal is a PhD Student in the Department of Flexible Electronics (FEL) at the Center Microelectronique de Provence of the Ecole Nationale Superieure des Mines de Saint-Etiennes, funded by a CIFRE fellowship with IDMED. He received an engineering diploma from École des Mines de Saint-Étienne National specialized in Microelectronics Design and Bio-Medical Devices. He received also a dual degree at the University of Aix-Marseille. It is a research Master’s called MINELEC, specializing in nanoelectronics. During his PhD, he has been working on the continuous pupillary dilatation reflex monitor through the eyelid. This device will aim to perform analgesia monitoring during surgery.